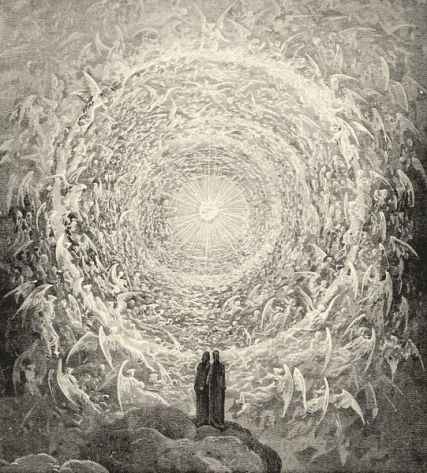 Stop me if you’ve heard this one: Four Horsemen ride into a bar. No, that’s not the right one. How about this one? A white horse, and its rider has a crown, and represents rulers who conquer other nations. Or this one: a red horse, whose rider has the authority to take away peace from the earth, so that people kill each other. Heard that one anywhere before? Or what about a black horse, whose rider has a pair of scales in his hand, representing famine and inflation, where the essential things of life are more expensive than people can afford. Or the pale horse, whose name is Death, and whether that death comes by sword or gun, by famine, by pestilence or plague or disease, or by wild animals, Death still rides often. Or what about the souls of those who have been redeemed by Christ, crying out to Him, “Lord, how long? How long until you avenge our blood? How long until you make everything in your creation right again? How long?” No, it’s no joke, and you all know it. These are some of the terrifying visions in Revelation, but Revelation is not intended to terrify you. If someone is using Revelation to terrify, that person is doing it wrong. You don’t need Revelation to terrify you, you just need the news, or simply, the world. Just look in your family, or your community, or your state, or your country, or in any other country around the world, and there’s more than enough terror to go around. No, Revelation is actually meant to give Christians encouragement and peace in the midst of the terror.

So between the sixth and seventh seals opened by the Lamb, John receives two visions. One is a vision of the Church on earth, which we sometimes call the Church Militant. The other is of the Church in eternity, in the new creation, which we sometimes call the Church Triumphant. He sees them next to each other, because they are both visions of reality, one we can see and one we cannot. The first vision is of the people of God organized and prepared for war. They are ordered and ready to march, 12,000 from 12 tribes, 144,000 in total. This, like all the numbers in Revelation is symbolic of a deeper reality. This list of tribes matches no other list in the Scriptures, and it has anomalies that no one can explain. But it has a similarity to an event in Numbers, where Israel is about to march to war against Midian, which had drawn away Israelites to worship foreign idols. There, 1,000 from each tribe march out, 12,000 total. This is the Church organized for battle, not against flesh and blood, but against the powers and rulers of this present darkness, against my own flesh, against the world, and against the devil, all of which are trying, above all, to draw me away from Christ. In the wilderness, the people of Israel would line up around the Tabernacle, around the Presence of God, three tribes on each side. They would camp, and then they would move out when the pillar of fire and cloud would move out, until they reach the Land of Promise. And so we are ordered neatly, but the chaos of battle is something else. Like soldiers in battle lines, until they meet their enemies, and then there is only chaos. Then there is only blood and fighting and confusion. Only the general can see the whole battle; the soldiers have simply to fight. This is how the Church often looks to us and to the world.

But John has another vision, of the Church in eternity. A Church that is beyond numbering, the people of God from every tribe and language and people and nation. Now they are not gathered around a sign of God’s Presence among them, but around the throne of God itself, the throne of the Lamb. There is no temple in that City because God and the Lamb are its temple. This is the vision of glory, of the saints of God gathered in white, with the palm branches of victory in their hands. They sing, “Salvation belongs to our God and to the Lamb forever.” One of the elders asks John, “Who are these and from where have they come?” He says, “My lord, you know.” “These are the ones who are currently coming out of the great tribulation. They have washed their robes and made them white in the blood of the Lamb.” They are gathering and gathering and gathering, until the number is full, and the eternal feast begins. These are the same as the souls under the altar, crying out, “How long, O Lord?” Now their wait is over and everything is made right. God is in their midst, and the Lamb shepherds them and leads them to springs of living water.

We have both these visions, side by side. The Church Militant on earth, in battle against the world, the devil, and our own flesh. And we have the Church Triumphant in eternity, with no more struggle, no more strife, no more grief, no more tears. These are the two realities of the Church: one we know well and see at all times; the other we have only by faith and by the encouragement of a vision such as John’s. All Saints’ Day is a micro-vision; it is these two visions in miniature today and every Lord’s Day. Because we see the Church militant. We see the chaos of living life in these bodies of sin, in this world of sin, filled with sinners. We feel it within and around us. We see how the Church is by schism rent asunder and by heresies distressed. We have many a conflict, many a doubt; fightings and fears within, without. We see the effects of those four horsemen. And we cry out with the souls of those saints who have gone ahead of us, “How long, O Lord, until you make everything right again?”

And today we gather as this ragged and beaten army around the Sign of His Presence. And more than a mere sign; God Himself is with us. Today we are gathered and sing with angels and archangels and all the company of heaven. We do not yet see it as they do, but Christ is here where His Word of forgiveness is spoken, even if only two or three had come in, weary from the battle. And there is only one Christ, so there is only one Church. And if there’s only one Church, then wherever Christ is, the whole Church must gather, together waiting for the Resurrection. We feebly struggle, they in glory shine. Yet all are one in Him, for all are His. And when the fight is fierce, and the warfare is long, then steals on the ear the distant triumph song—do you hear it?—and hearts are brave again and arms are strong. The golden evening brightens in the west; soon, soon to faithful warriors cometh rest. Sweet is the calm of paradise the blest. It is sweet, and it is good, and it is rest from all our labors, as those who have gone ahead of us know. But it is not the sweetest or the best. Lo, there breaks a yet more glorious day: the saints triumphant rise in bright array. The King of glory passes on His way, opening graves and gathering saints and transforming their lowly bodies to be like His glorious body.

Beloved, we are God’s children now. That’s His unbreakable promise. But what we will be has not yet been revealed. It’s clear enough. All we see is war and death and a lack of peace. What we will be has not yet been revealed, but when He appears, then we will be like Him, because we will see Him as He is. And everyone who has this hope of resurrection planted in his heart purifies himself as He is pure. Your robes are prepared, washed clean in the blessed blood of the Lamb. Come quickly, Lord Jesus, and make all things right again. Yes, He says, I am coming soon! Amen, come quickly.