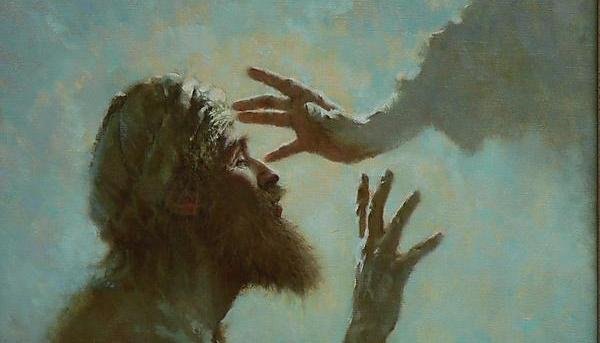 Today is celebrated in many places as Reformation Sunday, the Sunday closest to October 31, when Luther posted his 95 Theses on the door of the church in Wittenberg. But you may have noticed that we heard readings this morning different from what’s printed on the back of your bulletin for Reformation Day. We often hear those readings, but I used the readings for the Twenty-third Sunday after Pentecost to make a point about the Reformation: that it was never about beginning something new in the Church. The Church didn’t begin at the time of the Reformation (and neither did the lectionary!). Jesus didn’t say that He would be with His disciples always, starting in 1517 or 1530. Long before the Reformation, Jesus said that He would be present with His Church all the days until the completion of this present, evil age.

And that promise didn’t change, even during the Middle Ages, even when the Gospel was obscured under the corruption of the human institution of the church. Wherever the Gospel was heard and wherever Christians heard Jesus’ words shining through, Jesus was still sustaining and preserving His Church, as He said that He would. A lot of things needed to be changed, but none of those things kept Jesus from keeping His promise. The Church of Christ always did and always will follow Jesus on the way that He traveled ahead of us.

That’s the way that He’s on in Mark 10, and throughout the Gospel. It begins with John the Baptist, as he “prepares the way of the Lord.” He prepares it not only by preaching Jesus’ coming, but also by going down the way of death before Jesus. While they are on the way, Jesus asks His disciples, “Who do people say that I am? Who do you say that I am?” The Son of God, the Messiah, the Savior, but what does it mean? What kind of way is Jesus traveling? He is on the way up to Jerusalem, Mark tells us. And on the way, Jesus says to His disciples, “Look, we are going up to Jerusalem, and the Son of Man will be handed over to the chief priests and the scribes and they will condemn Him to death and deliver Him over to the Gentiles, who will mock Him and spit on Him and flog Him and kill Him, and after three days, He will rise.”

That’s the way that Jesus is walking, to His death and then through death into resurrection. And while He’s on His way up to Jerusalem with His disciples and a large crowd, He goes through Jericho. And Bartimaeus hears that Jesus is coming and cries out, “Jesus! Son of David, have mercy on me!” And the crowd around Jesus tries to prevent Bartimaeus like the disciples tried to prevent the little children. But Bartimaeus will not be prevented. He shouts louder, “Jesus! Son of David! Have mercy on me!” Jesus stops and tells the crowd to call him. Suddenly the attitude of the crowd changes, from silencing Bartimaeus to saying, “Take heart! He calls you!” And Bartimaeus throws off his dirty beggar’s cloak and runs to Jesus.

Jesus says, “What do you want Me to do for you?” This isn’t the first time Jesus has asked this question. Just a few verses earlier, Jesus asked James and John the same question: “What do you want Me to do for you?” But James and John didn’t realize yet what kind of road Jesus was walking. They said, “Let us sit, one at Your right and one at Your left, in Your glory.” They think Jesus is on the way directly to glory, and they want to be part of it. Jesus says, “Are you able to drink the cup that I’m going to drink and be baptized with My baptism?” They say yes, and Jesus says that they will indeed drink that cup and be baptized with that baptism, but that the places on Jesus’ left and right in His glory are for those for whom they have been prepared. “And with Him they crucified two robbers, one on His right and one on His left” (Mark 15:27).

But when Jesus asks Bartimaeus, he says that he wants to see. Jesus heals him, and says, “Go, your faith has healed you.” But Bartimaeus doesn’t go. You might think that now that Bartimaeus has gotten what he came for, that he would leave Jesus behind. But he doesn’t. “And immediately, seeing again, he followed Jesus on the way.” And this is, I suspect, why Mark tells us about “Bartimaeus, son of Timaeus”: because he followed Jesus to the cross and beyond. He was known to the Church as one of the followers of Jesus. And, of course, James and John followed Jesus after the resurrection as well. This is the road on which the Church always follows her Lord. Christians don’t just come to Jesus to get something from Him and then go back to their own, “real” lives. The Church follows Jesus on the same road that He walked, into death, and then into resurrection. And as long as the Church exists in this age, on this side of the resurrection, she exists only under the cross, only under the sign of death, only in faith and hope. In fact, the more successful the church appears in the world, the more impressive, the more likely that the poor Gospel—the Church’s real and only true treasure—will be hidden and obscured in the dusty basement of human achievement. The church at the time of the Reformation may have been the most impressive, richest, most opulent that it’s ever been. And the Gospel was hard to find in those days. The true Church, at all times and places, walks the same road that Jesus walked, toward death first of all. And the only thing that can and will sustain us is the promise of Christ Himself, His death and resurrection.

Five years ago yesterday, I preached my first sermon in this place. And I asked the question, why are we here? Because if we don’t know why we’re here, or we think we’re here for some reason other than Christ and His words and gifts, we might well say, “Well, why are we here?” And we might be tempted not to be here any more. And then I said these words: “[W]e know what we will find every single Lord’s Day in the Lord’s House with the Lord’s words and gifts. This is the Gospel, and the clearest statement of it is Jesus’ own words: ‘Take and eat, this is My Body, given for you; take and drink, this is My blood of the new covenant, shed for you for the forgiveness of sins.’ Jesus doing His own work of delivering to you His Body and Blood for the forgiveness of your sins. This is righteousness that is completely outside the Law, revealed now to you. Because even though it covers each and every one of your particular sins, God isn’t counting. He just keeps giving, more and more, more than you need. The eternal Gospel is being proclaimed, that the judgment of God has come. It is not something in the future. It has come, and therefore there is nothing you can do to fix yourself or make your past right. But the judgment has come upon Jesus, not upon you. The Law has been completely exhausted in its accusation of Christ, who took your sins as His own, and so there is no more condemnation. The Law’s accusation is exhausted, but the Gospel is inexhaustible, for all beggars who come looking for mercy. That is the Gospel that is here, as complete and perfect as Jesus; that is the mercy that is here, for all sinners. There’s always more!”

And that’s just as true five years later, 500 years later, 2,000 years later. There is always more. No matter what the Church looks like to the world, no matter if the human institution goes up or down, fails or succeeds, Christ’s promise will never fail for those walking on this way. He will continue doing exactly the same things that He has always done, and He is with His disciples all of the days until the completion of this age. Then we will see clearly that the other side of the cross is life, the other side of death is resurrection, the other side of the cross is the glory of Jesus, with all His saints and angels shining like the stars in the heavens.