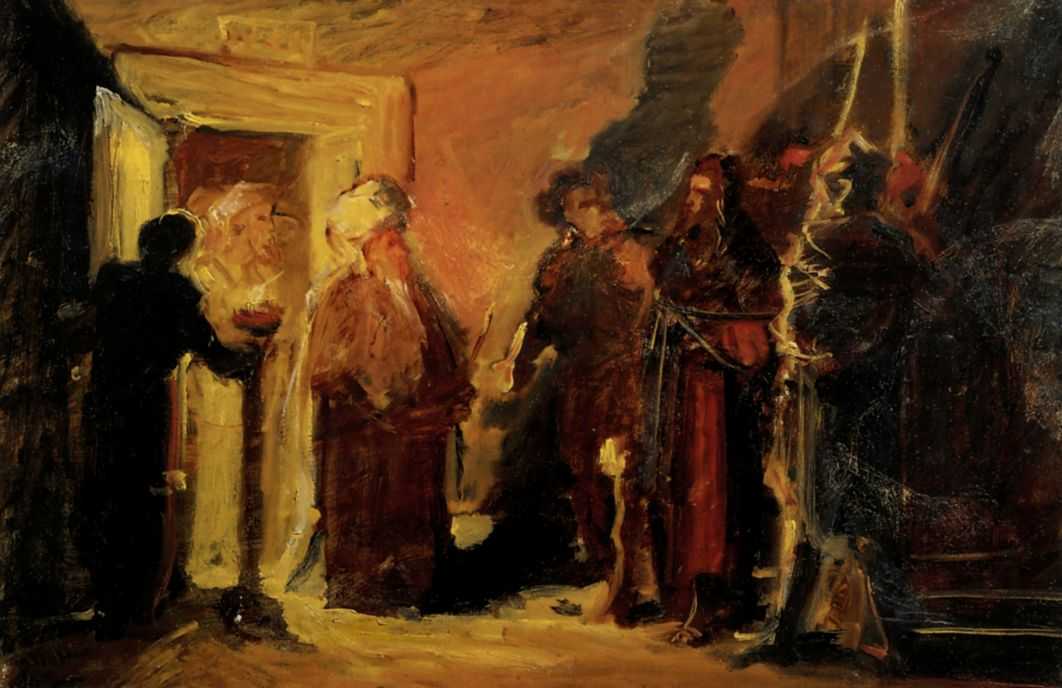 This scene in Nazareth is about expectations. When Jesus comes back to His home town, where He was raised, what do the people expect Him to do? And what if He doesn’t live up to their expectations? What will they do then?

Jesus comes into the synagogue on the Sabbath, as was His custom. This is part of Jesus’ weekly rhythm, that weekly He gathers with the people of God around the word of God. But when the people gather on this Sabbath, they don’t realize just how close the Word of God is going to come to them. He goes to the front, as a visiting rabbi would, and He takes the scroll of the prophet Isaiah. He finds the place that we know as chapter 61, and He reads it: The Spirit of Yahweh is upon Me. He has anointed Me for the sake of proclaiming good news to the poor, release and liberty to captives and oppressed, sight to the blind, and to proclaim the year of Yahweh’s favor, or the acceptable year of Yahweh.

We know that He is the anointed one, because we just heard how Jesus was anointed in the Jordan River by the Spirit of Yahweh in the bodily form of a dove. And He was anointed for this reason: to proclaim this good news, that the Year of Yahweh’s favor, His acceptable year, has come.

I have no idea whether Israel ever actually observed the 50th year Jubilee. I can’t think of a particular place in the Scriptures where they actually did all that was required in that 50th year. But now here sits Jesus in Nazareth to teach in the synagogue, and He says to the people: Today, this Scripture is fulfilled in your hearing. Today, right now, Yahweh is putting His creation right, restoring all the broken and corrupted and messed up people and things. And He’s doing it in this man, Jesus of Nazareth.

The people are amazed, but this is clearly not what they expected. Isn’t this Joseph’s son? We know Him, right? So what is He talking about? Don’t we know Him and His family? And Jesus hears that question, and He answers them. But it’s not an answer that they are expecting or that they want. He says, “No doubt, you will say to Me, ‘Physician, heal thyself.’” You know the healing I did in Capernaum, and now you want Me to do the same things here. You healed people in Capernaum, now heal Your own people, maybe even Your own family.

But that’s not how it works. No prophet is acceptable in his home town. This is the same word that Jesus used about the year of Yahweh. He comes to proclaim the acceptable year of Yahweh, but He is not acceptable to the people of Nazareth. By way of illustration, He says, consider Elijah and Elisha. There were a lot of widows in Israel in Elijah’s time, and there were a lot of lepers in Israel during Elisha’s time. But they didn’t feed those widows or heal those lepers. Elijah fed the widow in Zarephath, and Elisha healed the Syrian, Naaman.

Why didn’t they feed and heal those in Israel? Because they didn’t want to? No, because Israel had kings like Ahab and queens like Jezebel, and they didn’t want anything to do with God’s word through His prophets. And so Elijah and Elisha didn’t do anything for them. The prophets of God were rejected and hunted and Jezebel, in particular, was trying to kill them. So Jesus tells those in Nazareth that His own people will reject Him, just as all the prophets are rejected. And they prove His point.

They could have said, No, we do not want to live by bread alone, by works alone, by miracles alone; we want to live by every word that proceeds from Your mouth. But instead they get angry, take Him out to the edge of the hill, and try to kill Him. They don’t want Jesus; they want what He can do for them. They don’t want Him; they want His miracles. This is not the Jesus they expected, and so they spit Him out and say, those words do not taste good. They prove that they reject His word when they reject Him and try to kill Him. And then He does a miracle, though it isn’t the sort of miracle they want or expect. He walks through the midst of the angry mob and proceeds on His way.

He proceeds on the way that the anointed one of God walks, the way to Jerusalem, who stones the prophets and kills those sent to her. And then He doesn’t walk through their midst. He doesn’t call down legions of angels to protect Him. There He dies. And this is the greatest irony of all: that by that rejection of God’s Word, by that crucifixion, Jesus does exactly what He said He came to do: restore all things and declare that the Year of Yahweh’s favor has come. He is raised from the dead, and all creation rejoices. He proclaims good news to the poor, release from captivity and oppression. Those who are poor and suffering and those who are poor in spirit; those who are captive to and oppressed by physical or mental or spiritual captors. He has come to release and restore, to put right everything that has gone wrong in this whole damned world.

And not only then. Not only once. But today, here and now, this Scripture is fulfilled in your ears. Because the same Jesus speaks to you. The same Jesus speaks His gracious words of forgiveness and healing and wholeness. God forbid we have the Word of God made flesh in our midst and send Him away because He doesn’t fit our expectations. God forbid. But Jesus isn’t interested in fulfilling our expectations; He’s interested in fulfilling the Year of Yahweh’s favor to and for you. Such gracious words: I forgive you all your sins. Such words, sweet as honeycomb to our taste: this is My body, for you; this is My blood, for you. Eat and drink. This is the year of the Lord’s favor! Today His Word is fulfilled in your ears! And Jesus of Nazareth proceeds on, doing what He came to do, whether anyone expects it or not.