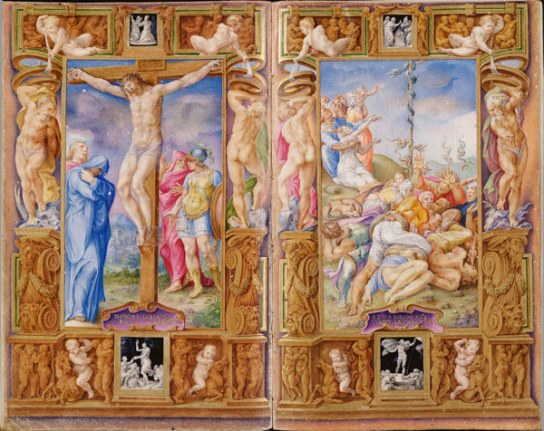 I think our ancestors must have appreciated the sun more than we do. If you don’t have electric lights that you can turn on and off whenever you want, you’d probably appreciate the light of the sun more. Sure, they had candles, but how much can you do by the light of candles? They don’t give off very much light. When the power goes off, we, with all our electronics, know more acutely than anyone before us, how much our electricity means to us. We barely know what to do when the sun goes down; might as well go to sleep. And when the sun comes up, we are all the more grateful. And that’s what you expect to happen in the Gospel reading. The Light has come into the world! God loves the world by sending His Son, so that whoever believes in Him will not die forever, but have eternal life! Jesus didn’t come into the world to condemn or judge the world, but that the world might be saved through Him! It’s like the sun rising on a world without light. Everyone will rejoice in the sun, right? Everyone will rejoice that the Light, Jesus, has come, and will turn toward His cross, where He is raised up to draw all people to Himself, and believe in Him—right?

But that’s not what happens. The Light comes into the world, not to condemn the world, but that the world might be saved through Him, but this is the judgment: the Light has come into the world and the world loved the darkness more than the night. Because if those who live in the world did come into the light, their deeds would be exposed for what they are. People would be exposed for what they are. This is the insanity of sin. This is the insanity of sinners. Clinging to the shadows and hiding in the darkness when the Light has come. But being in darkness is not just to be in sin. After all, didn’t Jesus come to save sinners? Being in darkness is being in sin and refusing to recognize it. Refusing to confess it. Because if you refuse to recognize that you are in darkness, why would you need light? Jesus as Savior sounds so good, we think. But unbelievers are perhaps more honest: Jesus as Savior requires believing that I am someone in need of saving. That I am in love with things from which I need to be saved. People do not want Jesus because they do not need Him. People do not find Jesus for the same reason criminals do not find the police. They do not want to.

A shift has happened from the time of the Reformation. Luther and others finally broke under the weight of trying to keep up with the demands of God. They realized that God was light and they were darkness. They realized that the darkness cannot become light, but that the Light must shine in the darkness, and that Jesus was the light not so much to expose their darkness (which is what all sinners fear), but to show them who God is for them. But sinners can’t leave well enough alone. Sinners cannot just go on rejoicing in the Light. Instead, they took that light and pretended that it now meant they could go on sinning, but now they could do it in broad daylight! They reinterpreted the pure light of the Gospel as an excuse. Sin and salvation became cliches, and they still mostly are. When you first realize you’re in the darkness, you rejoice in the light. But when the Light ceases to comfort, we get comfortable instead. We say things like, “everyone’s a sinner,” as if that weren’t an indictment of each and every one of us, and we make it into an excuse. Everyone else is doing it, so why can’t I? Isn’t this the real reason why we like general confession instead of individual confession? Not because we no longer have to confess our sins to a priest in order to be forgiven—which of us has ever had to confess?—but because confessing and naming our actual sins would mean having them exposed to the light. We like the general confession because we can hide behind a cliché. “I’m a poor miserable sinner”–just like everyone else. Sure, sometimes we actually are struck by our sin, and what we’ve done and left undone. But most of the time, if we do not name our sin, if we don’t say the Commandment we have transgressed, we easily begin to assume our general goodness. And if we assume our general goodness, if we refuse to come into the light, which requires actual confession, then is it any surprise that people, less and less, need the Jesus who forgives sins and saves sinners? Instead of Jesus our Savior, we’d much rather have Jesus our Helper; or Jesus our Assistant; or Jesus our Co-pilot. Because if we have a Savior, then we sure as Hell have something from which we need saving.

Let’s stop pretending that the Judgment is in the future, which would mean we could maybe make things right, maybe fix things before it’s too late. No, Jesus says, the Judgment has already come. The world has already been judged, by the Light that shines in the darkness. Whoever does not believe has already been judged, because he has not believed in the name of the only Son of God. The judgment has already come, but Jesus did not come to judge: He came to be lifted up in the midst of the condemned. Like the bronze serpent on a pole, in the midst of dying sinners. Moses gives them a Word from God: look at this serpent, and you will be healed. Which is about as ridiculous as being saved by a man dying on a cross. But everyone who looked was healed. Everyone who believes is saved. The sin didn’t go away; the death didn’t go away. But the salvation was planted in the earth, right in the middle of the sin and death. Yes, the light will kill the darkness; the light brings the darkness to an end. So Jesus comes and He brings an end to the darkness in you. It must, sooner or later, give way, even as it has begun to do so now. The Light shines in the darkness, and the darkness has not overcome it. Stranger still, the Light shines for the darkness, He shines for those in the darkness. God loves the world, and He loves it in this way: by sending His Son to be lifted up, sending the Light to be snuffed out by the darkness. And by that greatest of all sins, the salvation of God breaks out into the world. God suddenly, and unexpectedly, works all the horror of the darkness and brings Light out of it. The darkness of the creation that began with light reaches its darkest with the crucifixion of the Son of God, but that becomes the point from which Jesus draws all people to Himself (John 12:32). And those who believe in the Light become sons of light (12:36). He spreads light one at a time from the cross: the blood poured out to wash us clean in baptism; the blood splattered on your ears in absolution; the blood drunk for forgiveness at the altar. As long as Jesus is in the world, He is the Light of the world (9:5). He cannot be extinguished, no matter how much people seek out other lights. He will continue to illuminate the world for what it is, and God for who He is, and this is the judgment: everyone who does not believe is already condemned; but for the condemned who believe in the One whom God has sent, there is no longer any condemnation. The Light has come; rejoice in the Son!