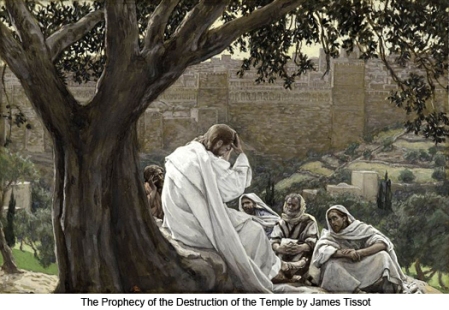 All you have to do is take yourself out of your house, out of your own room, out of your own bed—in fact, take yourself out of any family’s or friends’ houses, guest rooms, or guest beds where you’ve stayed before, anywhere where you might be comfortable—and put yourselves in, say, a car, in an unfamiliar place, in a parking lot. And try to sleep. This happened to Tennille and me when we were driving from Washington to the seminary in St. Louis. We didn’t know that the Sturgis motorcycle rally took place exactly that week, the first week of August. If you know anything about that or if you’ve been there, you know that there are very, very few hotel rooms available for maybe 100 miles north and south on the interstate. The rooms that are empty cost three or four times what they’re worth. So we kept driving. We stopped at 2 in the morning at a Perkins, and when we couldn’t drive anymore, we pulled into a rest area, parked, and slept in the front of that moving truck. Or, at least we tried to sleep. Something like that is what Jesus says in verse 33 when He tells His disciples to pay attention and “keep awake.” The word for “keep awake” is two Greek words smashed together, and they literally mean: “to sleep in a field.” As you might imagine, sleeping in a field, outside the city and by yourself, in the first century, was not very safe. Who knows what’s out there? Wild animals? Robbers? Murderers? You’re probably not getting much sleep if you’re sleeping in a field. So the word means to be sleepless, to be vigilant, to be awake and watching. Or imagine soldiers in war, particularly when they’re close to the enemy lines: they take turns keeping watch. They don’t know if the enemy is going to attack; they don’t know when the enemy is going to attack. So they have to keep watch. Or what do they always say in movies when they are on the run, hiding out from whoever is chasing them? “I’ll take the first watch.” Watch. That’s the watchword of this Gospel reading. Watch! “And what I say to you, I say to all: watch.” Keep awake. It’s the opposite of sleeping. Not literal sleeping, because it’s impossible to stay awake forever. But do not be lulled to sleep in this world, as if the devil had taken a day off, or as if your flesh is no longer sinful, or as if the world is no longer what it has always been since the Fall. Stay awake and watch.

What are the disciples supposed to be watching, and how? This really goes back to the beginning of chapter 13, when Jesus and the disciples were going out of the Temple, and the disciples say, “Teacher, look at the wonderful and beautiful stones and buildings!” Jesus says, “You see all these magnificent buildings? They will be torn down, stone from stone.” They go out of Jerusalem, cross the Kidron Valley, and up the Mount of Olives, and they’re looking across at the Temple, when Peter, James, John, and Andrew ask Him, “Jesus, all those things you said about the Temple being destroyed, what will be the sign when that’s going to happen, and when will all these things be brought to their completion?” And Jesus tells them to watch. Look; pay attention; keep watching. See that you are not deceived; pay attention so that you are not misled, because when you hear of wars and rumors of war, of nations and kingdoms against each other, of earthquakes and famines, people will come with My name on their lips, saying, “I am He,” but they will teach other things. They will tell you to look at all the things happening, and that they have the solution for you. But they are lying if that solution is anything or anyone but Me. Don’t be deceived into getting caught up in all the things that are happening around you in the world, as if the answer were out there. No, watch so that you are not misled away from Me and My words.

Then again: Watch yourselves. You will be betrayed, persecuted, brought to trial, hated, and killed. But the Gospel will be preached by the Holy Spirit, using your lips. Watch yourselves, so that you are not torn away from Me because of all the things that are happening to you. So don’t look at the things happening in the world; don’t look at the things happening to you. Watch that you are not led away from My Word; and the one who stands firm to the end will be saved.

But they will see things. There will be signs of the destruction of Jerusalem. Jesus says, When you see the abomination of desolation—prophesied by Daniel—where it should not be, then get out of Jerusalem, out of Judea. And it happened. Antiochus IV, called Epiphanes, a Roman general, brought a pig into the temple and sacrificed it on the altar, and defiled all the vessels in the temple. Josephus also says that there was so much fighting in the city that the temple was filled with dead bodies, which just lay there unburied. Jesus tells His disciples that when they see these things, they should flee to the mountains. If someone is on the roof of his house, he shouldn’t go back down into the house, but should get out of the city. If someone is in the field, she should not go back into the city, but stay out there—sleep in the field! Pray that it doesn’t happen in winter, Jesus says. And woe to those who are pregnant or nursing in those days. The siege would get so bad, things would be so horrible in the city, that atrocities would take place. When the Romans outlawed circumcision, the women who still did it were crucified with their children around their necks; and the famine got so bad in the city that one woman ate her own child. Woe to the pregnant or nursing in those days. Jesus says that this is the fulfillment of Daniel 12: nothing like this trouble had been seen from the beginning of creation until then, and nothing like it after. It was going to be like the end of the world, with apocalyptic signs in the heavens and on earth, and if God did not cut the days short, even His chosen ones in Christ would not be saved. And that generation—the generation in which the disciples lived—would see all those things. Jesus says heaven and earth could pass away, but His words will never pass away. His salvation is forever and His righteousness will never be dismayed (Isaiah 51:6). Which is why He says in chapter 8: Whoever is ashamed of Me in this adulterous and sinful generation, also the Son of Man will be ashamed of him when He comes in the glory of His Father with the holy angels (8:38).

Jesus gives His disciples all sorts of information, a number of signs, about when Jerusalem and the temple would be destroyed. But of that day and that hour, when the Son of Man will come and every eye will see Him—of that day and hour no one knows. There is nothing additional, nothing specific about the days leading up to that Day. His disciples were to understand that the destruction of Jerusalem was the end of the world in miniature, and they were to watch and pay attention to themselves leading up to that day. But watching and paying attention to the last Day is different. Watching for the final appearance of Jesus is not looking around, not sitting on a barn roof looking at the sky, not digging a shelter and hiding out. Watching for Jesus and the fulfillment of all things is, instead, like waiting for the Master of the house, who has gone on a journey, to return. What does the Master do for the time when the members of the household do not see Him? He gives them each to their work. Each member of the household has his or her particular realm of responsibility, each has his or her own work. Don’t sleep, don’t get lulled into a false complacency that drags you away from what has been given you to do; don’t pretend that the Lord is not returning. Do the work you’ve been given to do. The Lord puts each member in the right place, the right family, the right job, the right community, the right congregation. And He puts the keeper of the door to his work watching for the Lord’s return, so that he will open only for the Lord. It is very similar to what Paul says to the pastors in Ephesus in Acts 20, when he tells them to shepherd the flock, and to watch, because wolves would come in to destroy the flock, and even from among the pastors false teachers would arise to draw away sheep from the flock. Watch, he tells them.

So it goes for the household of the Lord until today. The end is not some period of time 10 or 40 or 70 years before Jesus comes back. The end began when the Son of God took on flesh and was born from the Virgin. He brought the very Reign of God close to us. His life, suffering, death, resurrection, ascension to heaven, and the sending of the Holy Spirit was the beginning of the end. And we have waited with our work from then until now. We go on with our individual work, and the Church goes on with her work of preaching, baptizing, forgiving, and eating and drinking together the Body and Blood of Christ. We hear His voice and we recognize Him in the breaking of the bread so that when He appears on that Day and in that Hour, it will not be fearful or dreadful at all, but the completion of all things and the fulfillment of His promises. You cling to Him for dear life so that you are not drawn away by false teachers and false Christs, by those who offer you some solution other than Jesus to the things around you or happening to you. No, we pray and long for the Day of the Lord, the day of our Lord. Guide us waking, O Lord, and guard us sleeping, that awake we may watch with Christ, and asleep we may rest in peace—until the Day when the Master returns to His own home, and we rejoice to enter the wedding feast that never ends.