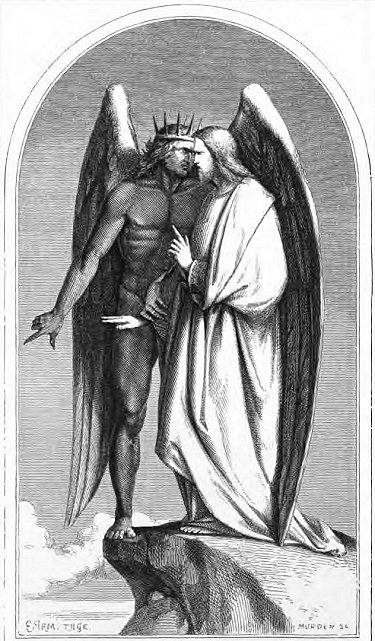 When I was younger, my family used to go camping quite a bit in the summer, and I remember one trip when we camped by a lake in south-central Washington. One day, I decided to follow this trail up the hill, and I got to the top and left the trail and followed a creek (looking for a place to fish). I followed it for probably an hour and a half or more, all the way around and back to the lake and, finally, back to the campsite. But while I was walking by that creek, since I couldn’t hear anyone or see anyone, it wasn’t hard to imagine that maybe I was the first one to walk that way, the first one to explore that land. But then, there it was: a plastic bottle, floating in an eddy behind a stump that had fallen in the river. That plastic bottle destroyed my first-explorer fantasy; it was the hard evidence that I was not the first one there. I’d guess that, in fact, there is probably no place on this earth that is untouched by humans and our garbage. But sometimes we indulge our fantasies and pretend that there are places untouched by sin, death, and the work of the devil. Now there are some places where those things are obvious. In some big cities, it’s obvious that the devil is at work; sin is everywhere and obvious; death is everywhere. But sometimes we think that we can get away from it, and find places where sin, death, and the devil are not at work, maybe in some less polluted, less corrupted corner of the United States—say, Eastern Washington. Or we try to find some pure place in ourselves, some place untouched by sin, some place to take refuge from the sin in other people around us. But part of the purpose of Lent is sort of like that plastic bottle: to destroy our fantasies and reveal that the world we live in is a wildernes. To show us that here is no place in this world or in ourselves untouched by sin, death, and the work of the devil; they go all the way back and all the way down.

They go all the way back to the Garden, where Satan took the form of a serpent and whispered in Eve’s ear: “Did God really say that you can’t eat a little fruit? What’s the big deal? You will not surely die. God just doesn’t want you to be like Him; He doesn’t have your best interests at heart; He’s just trying to hold something back from you.” So Eve took some of the fruit and gave it to Adam, her husband, who was with her. They doubted God, that He would really keep His promises; they rebelled, and they created an idol out of their own pleasure and priorities. And God kept His Word and cast them out of the Garden into a wilderness world; into a world that was against them and in bodies that were filled with sin. That’s the story that began in the Garden, and it did not change with Israel. Israel was freed from slavery in Egypt, and God baptized them in the Red Sea, where all their enemies were drowned, and brought them to the edge of the Promised Land, just across the Jordan River. But the devil began to whisper in their ears: “Did God really say He would bring you into that land? There are giants in there! You will surely die!” So they doubted, and rebelled, and raised up the idol of the golden calf, which they worshiped as if it was the God that had brought them out of Egypt. So they were sent away from the Land of Promise into the wilderness, where they wandered for 40 years. It was not until the next generation that they crossed the Jordan River and entered the Land of Promise.

That is the story of Adam and Eve and Israel, and it is our story. How easily we believe the lies of the devil, when he whispers to us, “Did God really say? Will God really keep His promises? Maybe you’re on your own. You will not surely die! You will live forever, so live however you want!” Ours is a story of doubt and distrust, worry, rebellion, and idolatry. But that is not the story that God began to write in the Garden, and it’s not the story He will let us finish in death. So God entered the story. He entered it in the same way that every Israelite entered it: by a conception, and nine months in the womb, and a birth. He came in the flesh to the Land of Promise. There He was revealed in the water of the Jordan River as the Son of God, the Beloved One, with whom the Father is well pleased. There He was anointed with the Holy Spirit. Because Israel failed when they were tested in the wilderness, God Himself would be Israel, and be faithful under the temptations in the wilderness. When Jesus crossed the Jordan, He was not going into the Land of Promise, but in the opposite direction, into the same wilderness in which Israel wandered for 40 years. He was in the Spirit and the Spirit was in Him, and He wandered and did not eat, and, in that marvelous understatement of Luke: He was hungry.

And it is there that the devil comes to Him, in His most fundamental human need, and says, “Change this stone into bread. Did God really say you couldn’t eat such bread? You’re the Son of God, aren’t you? You can do it.” Jesus knows who He is, and where He stands before the Father: He is the eternal Son; He is faithful Israel, and He knows what God said to Israel in the wilderness: “It stands written: ‘A Man shall not live by bread alone.’” And we can finish it: “but by every Word that comes from the mouth of God.” So the devil takes Him and, in a moment of time, shows Him all the nations of the inhabited world. “All these have been given to me. I am the lord of this age, the prince of this world. It’s all been given to me, and I can give it to whomever I will. And I’ll give it to you! Just bow down and worship me. Then you can go and do whatever you want with them: you can preach to them and heal them. You don’t even have to go through all that suffering and death. I’ll give them to you now. Just worship me.” But Jesus is faithful Israel, and He knows what God said to Israel in the wilderness: “It stands written: ‘You shall worship the Lord your God and Him only shall you serve.’” So the devil takes Him to the top of the Temple, and says, “You want to talk about what’s written? I’ll tell you what’s written. ‘God will command His angels concerning you, to guard you; they will lift you up on their hands, and you won’t even strike your foot against a stone.’ Don’t you trust God? You’re His Son! Throw yourself down from here. He won’t let you fall. You will not surely die!” But Jesus knows what the devil left out of Psalm 91: “to guard you in all your ways.” What ways? The ways God has taught, the ways He has given His children to walk. Jesus is faithful Israel; He always walks in the ways of God, He is always obedient; He knows what God said to Israel in the wilderness: “It is said: ‘You shall not put the Lord your God to the test.’ You shall not test God to see if He will really do what He said He would do.” And when the devil had finished every temptation, he went away until an opportune time. And we know when that opportune time was, because Luke tells us in chapter 22 that Satan entered Judas, and he betrayed Jesus to the chief priests and the scribes. Jesus walked the way of His Father faithfully and obediently all the way to the end; He completed His exodus from death to life.

Lent does not only reveal to us that this world is a wilderness; it does not only reveal that our hunger goes far deeper than mere food; it does not only reveal to us how deeply our lack of trust in God goes. It also reveals Jesus to us. It reveals, in the face of our failures, Jesus’ faithfulness. It reveals Jesus as He rewrites the story of Israel. He rewrites it all the way back to the first death, as He finishes the story in resurrection. I don’t know if you’ve seen The Curious Case of Benjamin Button, but in that movie, Benjamin Button is born as a very old man, and as he goes forward through time, he gets younger while everyone around him gets older. But the story is a tragedy: nothing changes; Benjamin dies as a baby. That’s not our story. As Jesus went through His life, He also went back in time. But as Jesus rewrote the story of life in this world, He also rewrote the lives of everyone who trusts in Him. He rewrote the story of Israel, and He is rewriting your story. Your past, of doubt, distrust, worry, rebellion, and idolatry—all your failures—they are the ink with which Jesus rewrote your story. It was our sin that caused His suffering; our sin that caused Him to be hung on the cross. But that instrument of His death became the instrument of our salvation. Jesus is rewriting the story all the way back to the Garden, as He remakes this wilderness into a new creation, with a Tree of Life in the middle of it, with leaves for the healing of the nations. And He is rewriting it all the way down: there is no part of you or me that is untouched by sin, death, or the work of the devil, but Jesus is going to give you a new body in His new creation, and no part of it will be touched by sin, death, or the devil.

For as long as we wander in this wilderness, let us fix our eyes on Jesus, the author and perfecter of our faith, as He goes willingly to suffer and die. Let us fix our eyes on Jesus these 40 days, and every day. In this wilderness, He has not left us without food: He gives us His own Body and Blood. He has not left us without water: He gives us the living water of His Word and Spirit. He Himself will shelter us from the attacks of the devil. He who willingly went into temptation will never lead His own into temptation; but He will, instead, deliver us from the evil one. And, finally, He Himself will bring us across the Jordan and into the Land of Promise, made new by His life.