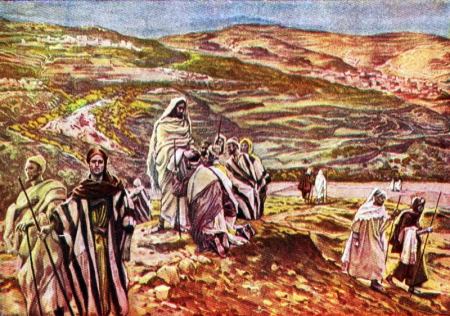 Video of the Divine Service here, here, and here.

A couple examples: First and Second Timothy and Titus are letters written by Paul to two pastors in particular places, with instructions about what pastors are to be and do. Not every word applies directly to every pastor at every time, and not every word applies to every Christian. Certainly, we can all learn what pastors are for and what they ought to do, but that doesn’t mean that every word is a word directly to me. Or think of the prophets. Isaiah and Jeremiah and the other prophets are writing to Israel and telling them what God has to say to them. Take the favorite passage that appears on religious graduation cards: I know the plans I have for you, says Yahweh, plans to prosper you and not to harm you, to give you a hope and a future. Well, unless you are part of Israel in exile in Babylon, and you’re going to be sent out of Babylon to rebuild the temple in Jerusalem, those words do not apply directly to you. There may indeed be an indirect application: that is, through Jesus, the promise of God is to bring all His people out of the exile of this world, subject to sin, death, and the devil, and into the new creation and the eternal land of promise. But that is only indirectly to you through Jesus.

Or even the things that happen here in Luke 9 and 10. In the beginning of Luke 9, Jesus sends out His twelve apostles, whom He has specifically chosen to be the foundation of His new Israel. He tells them to cast out demons, heal the sick, and proclaim that the Kingdom of God has come. He tells them not to take extra stuff for the journey, to stay in one house and not move around. Then He sets His face to go to Jerusalem in v. 51, and He sends messengers ahead of Him, to where He is going to go. He continues that in chapter 10, when He appoints 70 or 72 others to go ahead of Him to the villages and towns where He is about to go. They receive almost exactly the same instructions that the Twelve receive.

But whatever may apply indirectly to us, the commands Jesus gives to the Twelve and to the Seventy-two are not commands to us. Unless Jesus gave you a command to go to Chorazin and Bethsaida and Capernaum, these words are only for them, about what they were to do. Can we learn things? Like the fact that pastors should be careful not to give the impression, by moving around a lot, that they’re trying to get to a better and better place, that they’re greedy for material gain? Sure. But even Jesus’ words, “The one who hears you hears Me; the one who rejects you rejects Me, and the one who rejects Me rejects the one who sent Me,” which have been applied to preachers of the Word ever since, even those are not a direct word to me. I’m not an apostle. I’m not an eye-witness of Jesus’ life, death, and resurrection. When I preach to you the Word of God, that I’ve received through the prophets and apostles, do you have to listen to that Word? Yes. If I give you some other word than God’s Word, do you have to listen. No. If you reject God’s Word because it comes through my sinful mouth, do you reject Jesus? Yes. And if you reject Jesus, do you reject God altogether? Yes. But the words I proclaim to you don’t come directly from Jesus, as those apostles’ words did. The only words I have to give you are the words of the prophets and apostles, so you can judge my word by their words. And you should. But my word is God’s word only indirectly.

And even within the Gospel of Luke, Jesus’ command to the apostles changes. In chapter 22, right before His betrayal, suffering, and death, Jesus asks His Twelve: When I sent you out with no moneybag, knapsack, or sandals, did you lack anything? Nothing, they say. But now I say to you, take a moneybag, and a knapsack, and if you don’t have a sword, sell your extra cloak and buy one. Because this word is going to be fulfilled in Me: He was counted with the lawless. Jesus is going to be treated as a criminal, as lawless, and He’s going to be crucified like one. After Jesus’ death, resurrection, and ascension, that opposition and hostility is going to be directed at His apostles. They’re going to be counted as lawless ones, as well: stoned to death as breakers of the law, martyred, and persecuted. And along with that, Jesus will give them the promised Holy Spirit from God, who will be their boldness and courage in the midst of suffering and death.

But that hostility and opposition has not ceased to be directed against Jesus’ disciples, down to this day. We should always be a little nervous when the unbelieving world around us is friendly and welcoming to the Church. Because unbelief is always, always, always opposed to Christ and His Word and His cross. If the world doesn’t oppose the Church, it may be a sign that we are not clinging closely enough to Christ’s cross and Gospel. The opposition comes both from within and from without. Around the world, our brothers and sisters are being arrested and killed, simply because they bear the Name of Christ. They are counted among and killed as the lawless, just as their Lord was. We’ve had a pretty good run of religious freedom in the United States, but perhaps the comfort, complacency, and apathy of American Christians shows that it is a mixed blessing. And we are starting to see that unbelief counts the Church among the lawless. So after the world attacks God as a foolish invention and imagination, it attacks the commandments in turn. It attacks the Fourth Commandment by denying children a mother and a father; it attacks the Fifth Commandment by attacking life, particularly at its beginning and at its end; it attacks the Sixth Commandment by attacking marriage and tearing apart what God has joined together in a man and a woman. And Christians have been complicit by not taking those things any more seriously than the world takes them, and sometimes less.

So the Church must stand firm, not only when she is opposed with hostility, but when things appear to be going well. We must bear witness, first among ourselves, that marriage, parents, and life are good gifts of God that the commandments are meant to protect. We will repent for our failures, and we will live from the forgiveness of Christ. And then we must work and pray for the good of mothers and fathers; we must work and pray for the good of lives God has created and for whom Jesus has died, both in the womb and in the nursing home, and everywhere in between; and we must work and pray for marriage, for the sake of children, and the world, and the witness of the Church to the union between Christ the Bridegroom and the Church His Bride. We will do this for the good of our neighbors, whether they recognize it as good or not.

But however that fight goes in the world, we will not depend for our life on votes, or cultural shifts. Just as Jesus told the Seventy-two not to rejoice even in the good that evil spirits were subject to them, but to rejoice that their names were written in heaven, so we will do likewise. Where our treasure is, our hearts will be. And our treasure is not in the United States. It is not in the First Amendment, or a tax-exempt status, or religious freedom—as good and helpful as those things are. Our treasure is not in freedom, or independence, or the blessings we enjoy in this country. Neither is it in proclaiming the goods of marriage, parents, and life. Our joy and our life is only in Christ. Whether things are good or bad, whether we have the freedom to continue about the Church’s business or there is open hostility and opposition, we will continue to live and rejoice only in Christ. We will not work for moral improvement, or the civil good of the Law, because that can only say what is right, not save us from our wrong. We will not do any of that at the expense of giving Christ crucified and resurrected to sinners. He is our life, and even when we are working for the good of our neighbors according to the Law, we will rejoice always and only in Christ. Rejoice not the spirits are subject to you, or that things are good for civil life, but that Satan has been cast out of heaven, and your name has been written there in Christ. Your life is hidden with Christ in God, and there is your joy, now and forever.