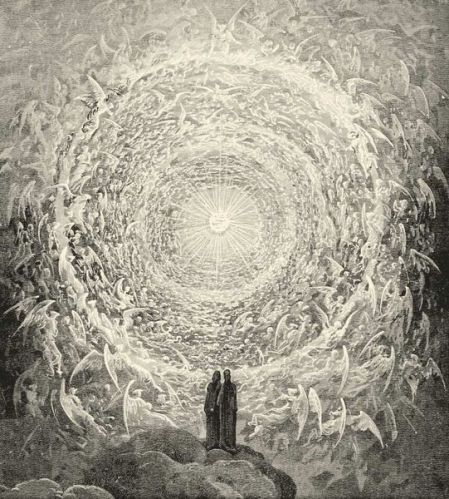 Welcome to the most catholic feast of the Church year. Hear me: not the most Roman feast; the most catholic. Of course, Rome has her own way of deciding who has attained sainthood, involving a holy life, death, and three miracles attributed to the person. And tomorrow, they’re going to celebrate All Souls, which is sort of the reverse side of All Saints, in that it remembers all the dead, even if they’re still in purgatory. That highlights the difference between the Roman and the Lutheran celebration of All Saints, since our holiness can never exist in the holiness of our own lives and how many miracles people have received from our intercession once we’ve died. In fact, the Scriptures do not have a special category of sainthood reserved for those who have died. Look up “holy ones” in any concordance, and you’re going to have a hard time finding a reference to those who have died, especially in the New Testament. In English, the English Standard Version (for example) has the words “saint” or “saints” 82 times. I could only find two or three instances that clearly refer to the holy ones of the Lord who have already died. And among the times when the people of God are called “holy,” none of them that I could find refer to the holy souls who wait with God for the redemption of their bodies. None of that is to say that those who have died are not saints or not holy, but the massive weight of that word falls on the living ones who belong to Jesus, the Holy One, here and now.

But that’s why this is the most catholic feast of the Church. That is, it is the most universal, which is what “catholic” means. It is “according to the whole” Church. And there is no limit on the “all.” We are used to singing “for all the saints, who from their labors rest,” but we also sing for all the saints who still labor under the burden of sin and death in this creation. We don’t only celebrate the lives of those holy ones whose names we know. We celebrate the lives of the holy ones whom only God knows. But to celebrate their lives isn’t really to celebrate their lives. Because the entire point is that their holiness doesn’t come from their lives and works. Nothing is holy in this creation, except what belongs to God. And nothing belongs to God except what has been redeemed by the blood of Christ, the eternal Son in flesh. Which, of course, is not a limitation on what belongs to God in Christ. Because there is nothing in all creation that has not been redeemed by Christ. He is the beginning, not only of the redemption of our bodies, but also of the entire new creation. Everything is, very literally, in Christ. Everyone who hopes in Him is pure, because He is pure. The uncountable multitude of those in white robes cry out, “Salvation belongs to our God who sits on the throne and to the Lamb!” All are holy, all are saints, because He is holy, and His Spirit sanctifies them with the forgiveness of sins and life in the Word and the Sacraments, until they die—or, rather, until they are raised from the dead. The holiness of Jesus is the holiness of His saints. Which means that His death is the death of His saints. And His resurrection is the resurrection of His saints. That holiness, death, and resurrection have not yet appeared to our sight, but we know that when He appears, we shall be like Him, because we will finally see Him as He is: God and Man, crucified and resurrected, and glorified in His own holy flesh, as we shall be.

And Christ is quite unlimited. His Gospel has gone to the ends of the earth. His Body and Blood are boundless, though the saints it feeds are countless. He is present wherever and whenever His holy ones are gathered around His true Word and pure Sacraments. There is no limit to those who may be baptized into His death and resurrection, and so become members of His own holy Body. He is universal. He is the substance of the catholic Church.

But there are two opposite ways to make-believe the catholic Church. One is to make October 31, 1517 the Independence Day of the Lutheran Church. If the Reformation is simply independence from the Roman Catholic Church, if it is simply a protest against the powers-that-were in the Middle Ages, then the Lutheran Church is not really church at all. It is a sect. That is, it is a human organization pretending to be the church, which is exactly what Rome says we are. And this wrong way to make-believe that we are the Church often leads to the opposite error, which is to pretend that Rome has reformed all the problems of the Middle Ages, and now we can all gather together in a Swedish cathedral and declare that we will overlook all the things that the Lutheran Confessors promised to hold even unto death. In other words, the catholic Church becomes a mutual agreement to say nice things about each other over the graves of our fathers and mothers.

If Reformation Day—yesterday, All Saints Eve—becomes just a yearly opportunity to pat ourselves on the back, either because we possess a truth that we once received, but couldn’t articulate if our lives depended on it (and they, very soon, might well); or because we’ve come so far and moved past all the troublesome and uncomfortable certainties of previous ages; then we have no business celebrating All Saints today. The Reformation, if it is worth anything at all, is the recognition that we are holy—we are saints—for no other reason than that the Holy One of God has shed His blood and given us His holiness as a free gift. That we do not and cannot see that holiness until Christ is revealed at the completion of this age. That we do not and cannot see the unity of that holiness until we stand with the innumerable saints and angels in the new creation, gathered around the throne of God and the Lamb. That the saints of God—the one, holy, catholic, and apostolic Church—is an article of faith, not something marked by institutional boundaries. Though, for all that, she is much more real, much more physical, much more concrete than the denominations of fellowship we create, even as we cannot dispense with them in this creation. We do not see all the saints, all the angels, and archangels, and the whole company of heaven; but we believe it, because we believe Christ. And we live in the imperfection of trying to confess that reality and the Jesus who creates it by His own Word and Sacraments, even as we see nothing but a poor, frail association of the oppressed, by schisms rent asunder, by heresies distressed. We do not wait for death, as if that would make us holy. We wait for Jesus, who has made us holy by His blood. And we wait, in Him now, for the day of His revealing, as the King of Glory passes on His way: the yet more glorious day, when the saints triumphant rise in bright array. Alleluia! Alleluia! Alleluia!