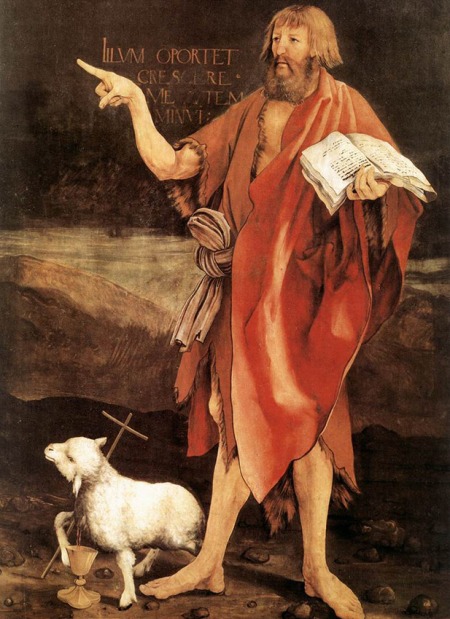 John did not see. He says, I myself did not know Him. Jesus was probably a follower of John, at first. But John did not see Him until He came to be baptized. This is why I was sent to baptize with water, John says—that Jesus might be revealed, that He might appear, that He might be seen. I myself did not know Him; but the One who sent me to baptize with water said, He on whom you see the Spirit descend and remain, He is the one who will baptize with the Holy Spirit. John did not see; and then he saw. I have seen and borne witness that this is the Son of God. John sees, and then he says, Look! Look! The Lamb of God who takes away the sin of the world. And then, the next day: Look! The Lamb of God! And two of John’s disciples look, and see. They say, Teacher, where are You staying? Where do you remain? And Jesus says, Come and see.

Come and see another mountain. Another Son: an only Son, a beloved Son; the Son in whom all the good will of the Father dwells bodily. Look! The Son is the Lamb. God has seen to the sacrifice. Not the son of Abraham, but the true Son of the Promise, Jesus. See your death there in Christ, the Victor (Luther). See the Lamb in your place. Just as every Israelite was to see every sacrifice as his or her death, the consequence of his or her sin; just as Isaac was to see that ram as his death; so look and see the Lamb of God as your death, in your place. Come and see! The Lord appears on the mountain; God sees to the sacrifice.