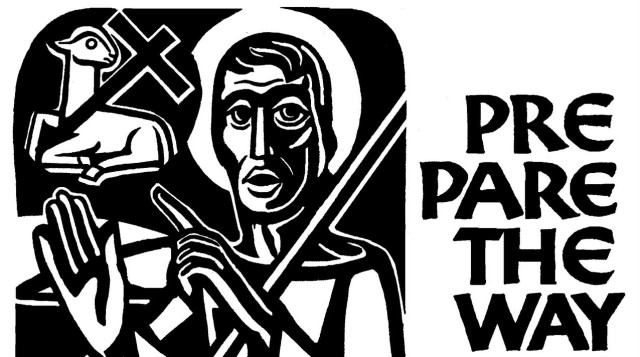 What is proper to Advent? Actually, that’s a pretty good question to ask of nearly everything. To what is this thing or day or idea proper, and what is proper to it? For example, when we talk about Holy Baptism, it’s best not to start with a general or generic definition of “sacrament” and work backward to Baptism. Instead, we should ask, what is proper to Baptism as Baptism? What command belongs to it? What words belong to it? What promises does Christ attach to it? And likewise with the Holy Supper or Holy Absolution.

So when we come to the season of Advent (which is obviously not commanded in the Scriptures), the best thing to ask is, what does the season teach us which is proper to the coming of Jesus? Because that’s what we’re considering: Jesus’ coming. The Christmas season has what is proper to it, causing us to meditate on the first coming of Jesus and the mystery of God entering human flesh. But that’s more of a celebration than an expectation. We are not now expecting the coming of Jesus from the flesh of Mary, laid in a manger as an infant. We will celebrate that beginning on December 24. So, in fact, as far as the Church is concerned, Advent isn’t really about that coming of Jesus at all. We will get hints of it toward the end of these three short weeks. But the birth of Jesus isn’t actually proper to Advent.

So what is? Well, one way to find out is to consider the actual “propers” of Advent. If you haven’t heard that term before used in that way, you can think of it like this: “ordinaries” are what are ordinarily done, regardless of the day or season or time. “Propers” are the parts of the Divine Service that change according to the day or season or time. And so, for these three weeks, we’re going to consider one of those “propers.” Actually, it has “proper” in its name: the “Proper Preface.”

The Proper Preface, which we will pray during the Sundays in Advent, goes like this: “It is truly good, right, and salutary that we should at all times and in all places give thanks to you, holy Lord, almighty Father, everlasting God, through Jesus Christ, our Lord…” So far, it’s the same as what we hear every week. But for each season and sometimes for certain days, the Proper Preface changes. For Advent, the “proper” part goes like this: “…whose way John the Baptist prepared, proclaiming Him the promised Messiah, the very Lamb of God who takes away the sin of the world, and calling sinners to repentance that they might escape from the wrath to be revealed when He comes again in glory.” And then it concludes the way all proper prefaces conclude: “Therefore with angels and archangels and with all the company of heaven we laud and magnify Your glorious name, evermore praising you and saying…”

So what do we hear that is proper to Advent? At least three things: the preparation by John, whom God had sent ahead of Himself; the proclamation of the promised Messiah, and that He is the one who takes away sin; and that those sinners, whose sin He removes might be brought to repentance and escape the fiery wrath of God when He purifies His creation and restores all things. Tonight, we will focus briefly on the first part of that: John’s preparation of the Way of the Lord.

Notice: John’s preparation. He has a unique place in the history of salvation, prophesied by Isaiah and Malachi. John preached repentance, preparing people for the Lamb of God who would take away their sins by joining them down in the water of repentance, and then in the baptism of His death. So when we talk about preparation here and now, in the Advent season of 2018, what do we mean? Clean our houses? De-clutter our lives? Focus on what’s most important? Sure. Those are all good. Like fasting, those are all certainly fine outward preparation. But the preparation that God desires is not external, but internal. And it is not something we do, but something that is done to us. Be prepared. That’s a passive verb. It means it’s happening to you. And so John’s preparation of repentance is the same thing that God is doing today. He’s preparing the way, clear-cutting all excuses, rationalizations, and self-justifications and lingering sins. He’s killing off all the attempts of every sinner to preserve some bit of self-determination when it comes to the things of God. Because if the responsibility of turning toward God (repentance) is put on the shoulders of sinful people it will guarantee that that turning will never happen.

Why do the people come to John to be baptized? Because they’ve heard Him preach that the Messiah is near at hand. The Reigning King is at the door. The ax is laid at the root of the trees, to cut down any that prove to be unfruitful. “He comes to judge the nations, a terror to His foes” (LSB 334:6). And that Day will, without a doubt, arrive. But ahead of that Day, the Lord does not come immediately in wrath and power. The King does not bring His angel armies to destroy immediately His enemies. Otherwise, His Kingdom would be empty. So the King comes dressed as a common sinner. The road is cleared so that the King can ride on a donkey. The way is cleared, but it is the way to the humiliation of death, not the glory of open victory. The preparations are made, and the King comes to release the prisoners from all debts, and take upon Himself the burdens of the weak. “O bride of Christ, rejoice! … A humble beast He rides, yet as a King presides; though not arrayed in splendor, He makes the grave surrender” (LSB 335:1, 3).

The way is prepared. So, then, “O Lord, how shall I meet You, how welcome You aright?” (LSB 334:1). He prepares you to meet Him in the same way He has always done it: by speaking to you of what He has come to do. “Love caused Your incarnation; Love brought You down to me. Your thirst for my salvation procured my liberty. Oh, love beyond all telling, that led You to embrace in love, all loves excelling, our lost and fallen race” (334:4). And now “sin’s debt, that fearful burden, cannot His love erase; your guilt the Lord will pardon and cover by His grace. He comes, for you procuring the peace of sin forgiv’n, His children thus securing eternal life in heaven” (334:5).

The one who has come continues to prepare people for when He will come again. We long for the one we know, whose voice we have heard again and again. We are prepared who believe that He is our Lord. And when He who came in humility and weakness comes again in power and glory, we will be prepared, simply by hearing His voice as He speaks to me, eating His Body and Blood, given and shed for me, and rejoicing that He has chosen us before the foundation of the world to share in the glory He brings. So when He comes, it will not be a terror to us, but “A light of consolations and blessed hope to those who love the Lord’s appearing. O glorious Sun, now come, send forth Your beams so cheering, and guide us safely home” (334:6).