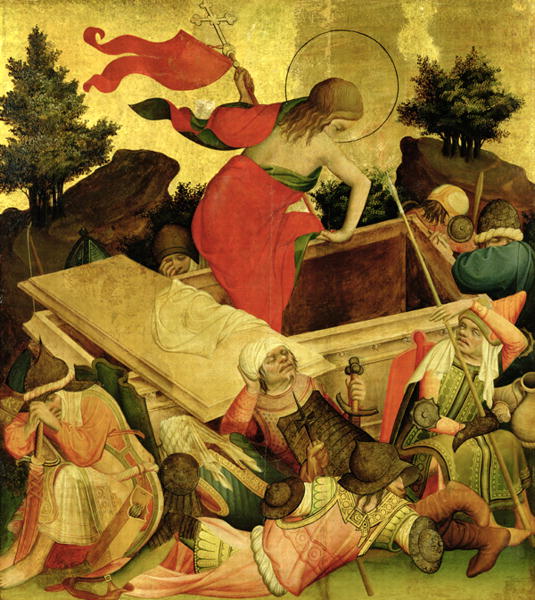 “Peter returned home, marveling at what had happened.” Sometimes I marvel at what has happened—to Easter. You’ve probably seen these things. It’s been happening for years now: churches offering various things and events and incentives to try and get people into church on Easter. So I saw that a church was going to have a helicopter egg drop, where they get a helicopter to come drop thousands of eggs for the kids to run out and gather. Or they’re offering professional photographers to take pictures of your children with the Easter Bunny. I saw that a church was giving away a car. I’ve seen in the past that churches give $10 bills to everyone who comes in the doors—because, otherwise, they wouldn’t be there.

And you can’t just do the same thing year after year. It has to bigger, better, more impressive than last year, otherwise they’ll go to other churches. Jesus said, “Seek first the Kingdom of God, and all these things will be added to you.” It seems we’ve turned that around: seek anything and everything first, and maybe you’ll get a little Jesus thrown in at the end. But what’s happened to Easter? I mean, if Jesus Christ being raised from the dead isn’t enough…. Jesus being raised is fine; sure, we believe that…but they have cars and eggs and bunnies and giveaways!

What’s happened to Easter? Just consider for a moment how different all of that is from what happens in Luke 24. The women are confused and perplexed. They’re confused because they’ve come to the tomb to anoint a body that isn’t there anymore. They saw where Joseph of Arimathea put the body of Jesus. They saw the corpse laid in the tomb. And they went home to prepare spices and ointments. They rested on the Sabbath. And then they came back with the spices they prepared. But the stone in front of the tomb is gone, and the body isn’t there.

But two men, dressed in lightning, are there. And they say, “Why are you seeking the living among the dead? He is not here; He is risen. Remember His words, how He said to you that it is necessary for Him to suffer, die, and rise again.” And they remembered His words. So they go back and tell the disciples about all this, and the disciples don’t believe them. They think they’re talking nonsense, making things up. Maybe they’ve been overwhelmed by the events of the past few days and now they’re imagining things. But Peter runs back to the tomb, and looks in. He sees the cloths in which Jesus’ body had been wrapped, but He doesn’t see the body. And He goes home marveling at what had happened.

But what has happened? None of them have seen Jesus yet. And it’s not just the women they don’t believe. A few verses later in Luke 24, Jesus Himself is standing among them, and the same two words are used: “disbelieving” and “marveling.” He’s standing right in front of them and they can’t believe it, this time for joy. So He has to ask for something to eat to prove that He is indeed risen from the dead and is not a ghost or phantom.

Some people today think that people “back then” were extra gullible, or that they believed anything. Like someone might say, “Jesus has been raised from the dead,” and they say, “Oh? All right.” Today, we don’t believe silliness like resurrections. That can’t happen. We know better, because science. But that’s not true at all. They are not more gullible or more credulous. They don’t believe it, even though Jesus told them it was going to happen. They don’t believe it, even when Jesus is standing right in front of them, alive! It takes Jesus eating food, and talking to them, for them to believe. It is so miraculous, so spectacular, such an incredible thing, that they cannot believe it.

Maybe the problem is that we believe it too well. By that I mean, we take it for granted. Sure, Jesus is risen. That’s fine and good. But where are the bunnies and eggs and brunches? Is it that we’ve heard it too many times? We’re too familiar with it? Or do we not actually believe it at all? Maybe we take the words of those two men too literally: He is not here; He is risen. He is not here. But that was at the tomb. For us, it’s exactly the opposite: He is risen, therefore, He is here! He is here.

Remember His words: after His resurrection, He said to His disciples that wherever His baptized, instructed, believing disciples were, “Look, I am with you all the days until the completion of this age.” Remember His words: wherever even two or three are gathered around the forgiveness of sins, there I am in the midst of them. He is risen, so He is here. Where His words are, there He is, because He’s the one who speaks them to us. Where His Body and Blood are, He must be. And He can only be here with His Body and Blood because He is risen from the dead and sits at the right hand of God’s power. He can’t be separate from His Body and Blood. He is here, because He is risen!

I am making all things new. Do you have any old things? Same old sickness? Same old weakness? Same old medicine, and doctors, and hospitals, and surgeries? Same old guilt and shame. Same old cycles of violence, over and over again. Same old wars. Same old arguments. Same old failures. Same old death. But, look: I am making all things new, beginning from My own resurrection body. I am making a new heavens and a new earth, He says through the prophet Isaiah. The old things will not be remembered any more! No more harm or hurt. They will not hurt or destroy on all My holy mountain. Wolves and lambs, lions and oxen eating the same food. Rejoice and be glad forever in what I create! There will be no more mourning, or crying, or pain anymore. Look: I am making all things new. The whole creation waits and longs for the day when the sons of God will be revealed, and all creation made new with them. If you have been joined to Jesus’ death, buried with Him in baptism, you will certainly be joined to Him in a resurrection like His.

What’s happened to Easter? Well, nothing. But Easter means that something has happened to Jesus for you, that cannot be undone. Through one man came death, but through One Man has come life. As in Adam, all die, so in Christ will all be made alive. He is the firstfruits, the beginning. But that beginning means that more is coming. Because He is raised from the dead, He is here, giving you His own eternal life. And He is keeping you until the day when the last enemy, death, is destroyed forever; for the day when we will see Him as He is, and we will be like Him. And He will transform our lowly bodies to be like His glorious body. That is something to go home marveling at! That is something to bring us back to Jesus and His words and His supper week after week, on this, the first day of the week. Rejoice and be glad forever in that which I create! Alleluia! Christ is risen! He is risen indeed! Alleluia!